The headlines haven’t been encouraging when it comes to Parkinson’s, one of the toughest targets in R&D. AbbVie broke off a deal on alpha-synuclein as a target. One of the gene therapy efforts has foundered. There are a slate of GLP-1 and gene therapy programs in the clinic, but what realistically are their chances? Anyone who can make a significant advance, though, stands to gain access to one of the largest markets in medicine. What are the leading scientists saying about the road ahead? 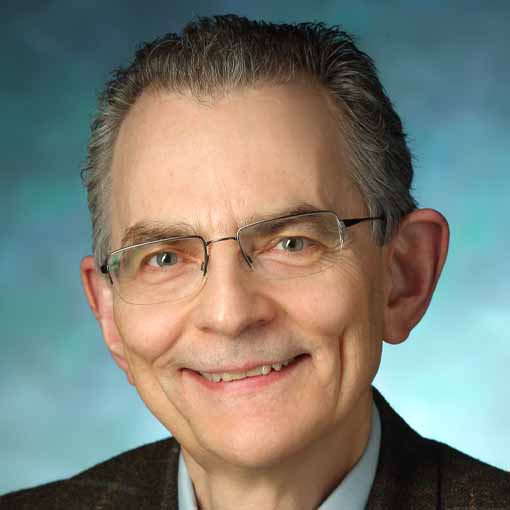 Dr. Ted Dawson received his medical degree and Ph.D. in pharmacology from the University of Utah School of Medicine. He then completed an internship in medicine at the University of Utah Affiliated Hospitals before going to the Hospital of the University of Pennsylvania for a neurology residency. Next, he came to The Johns Hopkins where he completed a fellowship in neuroscience and senior clinical fellowship in movement disorders. Dr. Dawson’s honors include the Derek Denny-Brown Young Neurological Scholar Award, the Paul Beeson Physician Faculty Scholar Award, and the Santiago Grisolia Medal and a Javits Neuroscience Investigator Award. He was elected to the Association of American Physicians and he is a Fellow of the American Association for the Advancement of Science, a Fellow of the National Academy of Inventors and a member of the National Academy of Medicine. Dr. Dawson laboratory focuses on neurodegenerative diseases. He pioneered the role of nitric oxide in neuronal injury in stroke and glutamate excitotoxicity. He elucidated the molecular mechanisms by which NO kills neurons through the actions of poly (ADP-ribose) (PAR) polymerase and discovered a unique cell death pathway designated parthanatos. His laboratory has made important discoveries on how neurons die in genetic and sporadic models of Parkinson’s disease. Dr. Dawson’s discoveries are enabling clinical strategies for disease modifying therapies for Parkinson’s disease and Alzheimer’s disease as well as other neurodegenerative diseases. 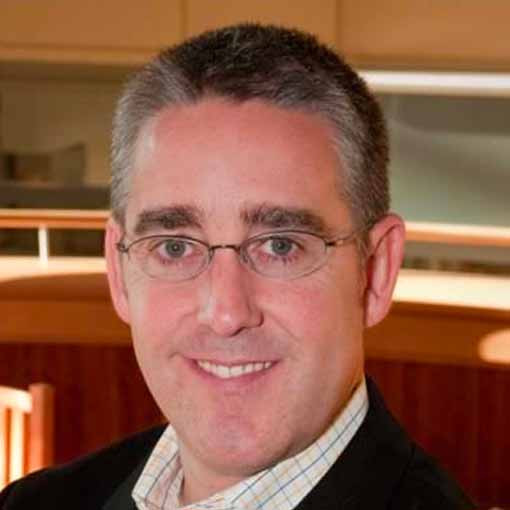 Warren Hirst is Senior Director and head of the movement disorders preclinical research efforts in Biogen’s Research organization, a role he has led since joining them in 2016. Warren is responsible for developing and driving a diverse preclinical portfolio of programs, using multiple modalities, from antibodies and antisense oligonucleotides, in collaboration in Ionis, to gene therapy and small molecules, targeting mechanisms strongly supported by human genetics and pathology, to deliver novel disease-modifying therapeutics to patients.

Warren received his Ph.D. from Imperial College, London and, after a post-doc at the same institution, he moved to industry. Warren has 24 years of pharma experience, all focused on neurodegeneration research – including Alzheimer’s disease, stroke, Huntington’s disease and Parkinson’s disease, and drug development, holding positions of increasing responsibility at SmithKline Beecham and GlaxoSmithKline in England, before moving to the USA to join Wyeth and then Pfizer. Warren has directly lead teams that have discovered and advanced 3 molecules into clinical trials and has been on teams that have made similar advances with 12 further molecules. Warren has published over 80 peer-reviewed scientific papers. Warren is actively engaged in the wider scientific community via collaborations with key academic partners, and his service on NINDS study sections, foundation grant review committees, and as an ad-hoc reviewer for multiple journals including Neuron and PNAS. Warren has developed a strong, and long-term, dating back to 2006, relationship with the Michael J Fox Foundation for Parkinson’s Research, having received multiple grants in addition to serving as a reviewer and assessor, he served on their Executive Scientific Advisory Board from 2017-2019 and remains a close scientific advisor. In 2019 Warren received the Bill Langston award from the MJFF in recognition of his outstanding contributions to The Michael J. Fox Foundation for Parkinson’s Research. Warren is currently on the Parkinson’s Foundation Executive Scientific Advisory Board.

Outside of work Warren enjoys snowboarding and travel. 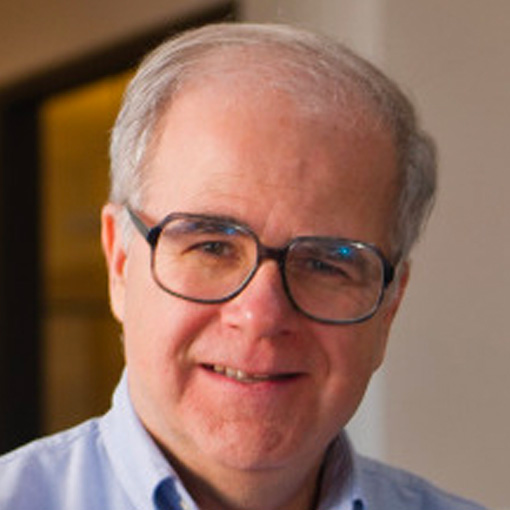 President and Senior Scientist, The Institute for Neurodegenerative Disorders

Ken Marek, MD, is President and senior scientist at the Institute for Neurodegenerative Disorders. Dr. Marek's major research interests include identification of biomarkers for early detection, assessment of disease progression and development of new treatments for Parkinson disease and Alzheimer disease and related neurodegenerative disorders. His specific interest has been in in vivo neuroreceptor imaging biomarkers. He has authored numerous neurology and neuroscience publications on these topics. Dr. Marek has and continues to be the principal investigator of several ongoing multi-center international studies (including the Parkinson Progression Marker Initiative (PPMI) and the Parkinson Associated Risk Syndrome (PARS)) study.

Dr. Marek serves on the scientific advisory board of The Michael J. Fox Foundation. He has served in leadership roles in several organizations focused on neurodegenerative disorders and has been the recipient of numerous grants to support his work in Parkinson disease, Alzheimer Disease and Huntington disease. He was awarded the Robert A. Pritzker Prize for Leadership in Parkinson's Research. He also was a co-founder of Molecular NeuroImaging, LLC, and is now an employee and owner at invicro, a company providing discovery and clinical neuroimaging research services. 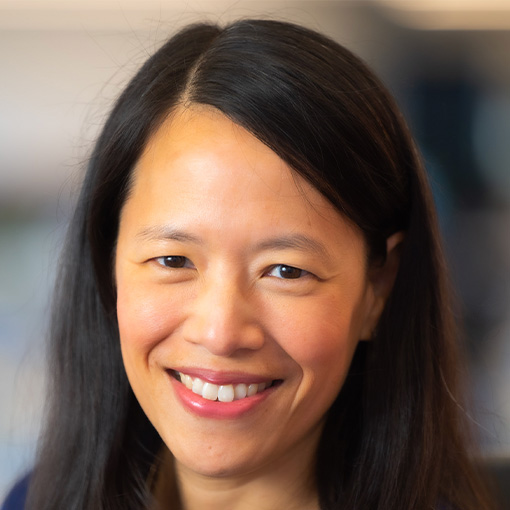 Carole Ho is the Chief Medical Officer and Head of Development at Denali Therapeutics, Inc. Carole has built an integrated development organization that is responsible for advancing therapeutic candidates from IND enabling toxicology through Phase 1 to Phase 3 testing. Under Carole’s leadership, Denali has advanced eight programs into clinical development since Denali’s founding in 2015 across therapeutic areas including Rare Disease, Parkinson’s disease, Alzheimer's disease, FTD, ALS, and AutoImmune disease.

Prior to Denali, Carole most recently served as Vice President of Genentech in Early Clinical Development and was responsible for delivery of pivotal trial-ready drug candidates in Neurology, Ophthalmology, Immunology, and Infectious Disease. During her 8-year tenure at Genentech, Carole held roles with leadership responsibility across multiple early- and late-stage clinical programs including Rituxan® for Wegener’s granulomatosis and microscopic polyangiitis and ocrelizumab for Multiple Sclerosis. At Genentech, in collaboration with Banner Health, Carole's team led the initiation of the world's first prevention trial in Alzheimer's disease in participants at risk for dementia due to a genetic mutation.

Carole completed her residency in Neurology at Harvard Medical School at the Massachusetts General Hospital / Brigham and Women’s Hospital, where she also served as Chief Resident. She obtained her M.D. from Cornell University and S.B. in Biochemical Sciences from Harvard College. Prior to her Industry career, Carole was on Faculty in the Department of Neurology at Stanford University. Carole currently serves on the Board of Directors of Beam Therapeutics, NGM Therapeutics, and Target ALS. 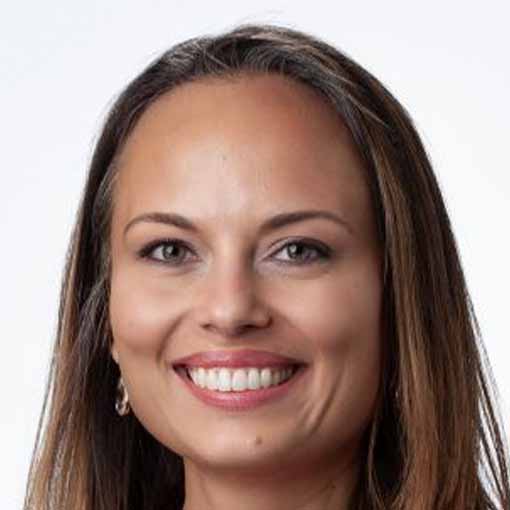 Mudra began her career as a primary care physician and then as a partner in private practice. Recognizing her passion for helping people, she wanted to make an impact on patients at a larger scale and transitioned to a career in the biopharmaceutical industry.

Mudra received her M.D. from Emory University School of Medicine, Atlanta, Georgia and completed her Residency and Board certification in Family Medicine. 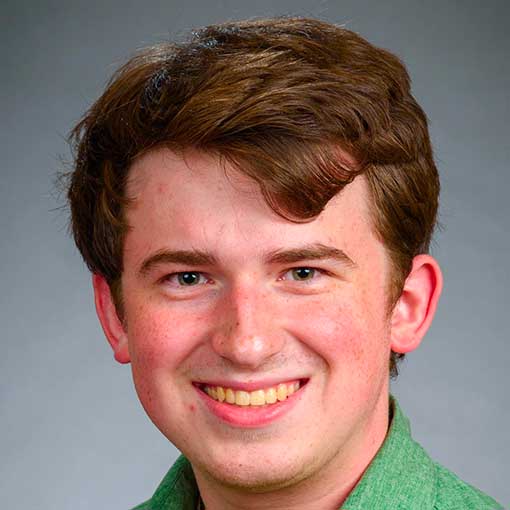 Paul comes to Endpoints News as a recent graduate of the University of Missouri-Columbia, where he studied News Reporting and Political Science. Currently based in the Kansas City, Missouri area, his hobbies include cooking, doing escape rooms, and watching new TV shows. When not at his computer, he likes to check out new restaurants in his spare time.